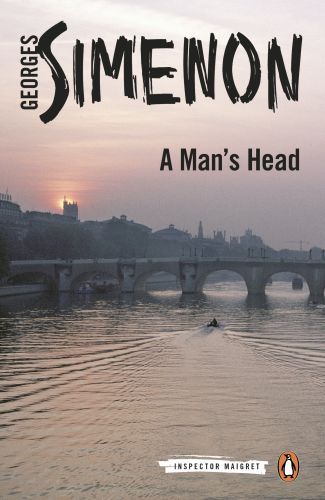 A new translation of Georges Simenon's atmospheric novel set in the bustling streets of Paris, book nine in the new Penguin Maigret series.
Slowly the Czech was becoming animated, but in a muted way, so typical of the man. Maigret now noticed his hands, which were long, surprisingly white and dotted with freckles. They seemed to reach out and take part in the conversation.
'Let's be clear that it's not your professionalism which I question. If you understand nothing, and I mean absolutely nothing, it's because from the very start you've been working with facts which had been falsified.'Maigret sets out to prove the innocence of a man condemned to death for a brutal murder. As his audacious plan to uncover the truth unfolds, he encounters rich American expatriates, some truly dangerous characters and their hidden motives.Penguin is publishing the entire series of Maigret novels in new translations. This novel has been published in previous translations as Maigret's War of Nerves and A Battle of Nerves.'Maigret emerges as a master of intuition and imagination, who moves in a world rendered intensely real in Simenon's incomparable prose' Christopher Hirst, Independent'Compelling, remorseless, brilliant' John Gray'One of the greatest writers of the twentieth century . . . Simenon was unequalled at making us look inside, though the ability was masked by his brilliance at absorbing us obsessively in his stories' Guardian